It provides rapid setup and strike capabilities for a wide range of military applications, including:

Dimensions: At 30’ wide, it comes standard in lengths from 32.5’ to 65’. Custom lengths are available to fulfill any mission capability. Employs a single arch, powder coated lightweight aluminum frame system to create an unobstructed interior with a 15’ peak, allowing for maximum use of interior and floor space 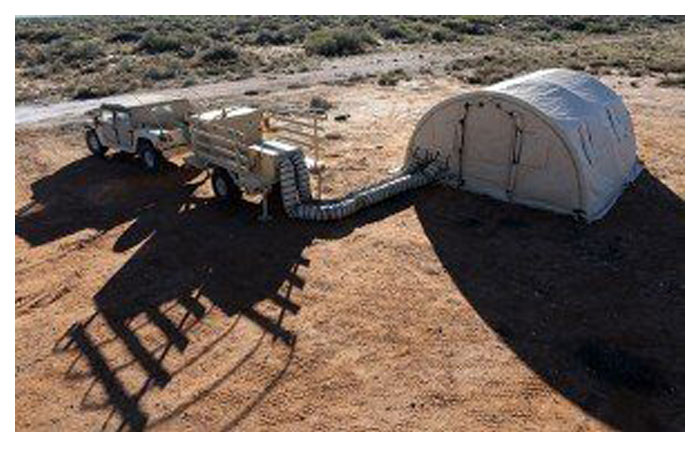 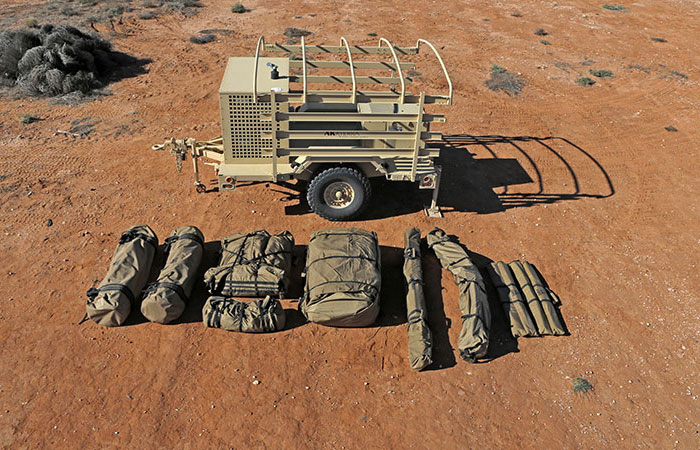 The Alaska Xterra™ can be equipped with a trailer-mounted generator, trailer-mounted Alaska ECU™ (environmental control unit), optional fuel tank, and Alaska XP Shelter System™. A removable cargo cover and removable rails provide easy loading and unloading of the stowed shelter system. All connections are plug-and-play. Rear leveling jacks, adjustable tow hitch stand, and brakes allow the trailer to be detached and operational on uneven surfaces. The entire system can be setup and operational in as little as 15 minutes. 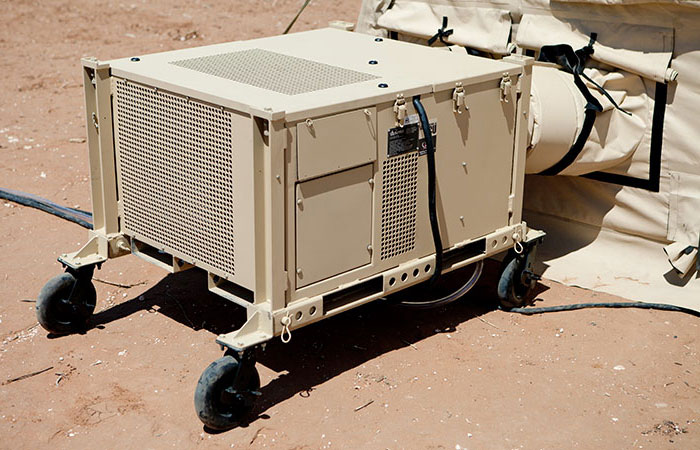 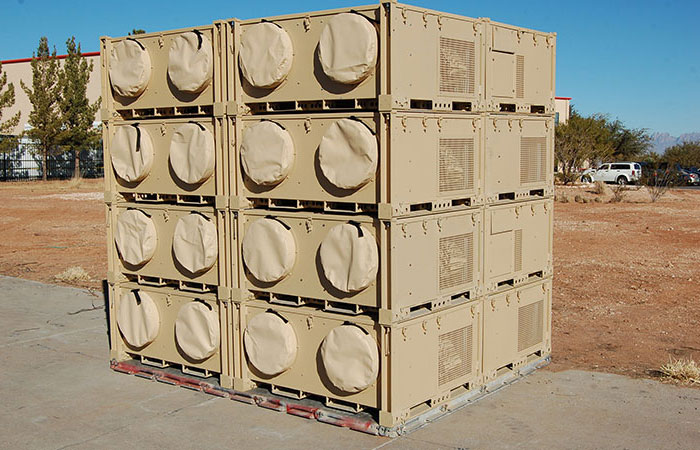 Alaska engineers and manufactures an entire line of rugged mil-spec environmental control units (ECUs). The Alaska ECU™ was designed specifically for military applications to provide an unmatched level of troop comfort in expeditionary environments requiring heating or air conditioning. Whether it is extreme temperatures, high humidity, dust, dirt, corrosive chemicals, or other airborne particulates – the Alaska ECU outperforms and outlasts all other “off-the-shelf” heating and cooling systems.

Since 2003, more than 17,000 Alaska ECUs™ have been deployed and used by U.S. and Coalition Forces in military operations around the world. No other HVAC or ECU system comes close to matching the proven performance and combat tested capability of the Alaska ECU™.

Alaska ECUs™ integrate seamlessly to any Alaska shelter system and are used to support of a large number of military applications, including:

Every AKS ECU™ carries a 5-year warranty and is stackable on a 436L pallet without the use of wood crates.

Alaska ECUs™ are 100% made in the USA using the highest quality materials. Every Alaska ECU™ aluminum cabinet is powder coated (inside and outside) and available in the following field-tested sizes and models: